Important Features To Consider While Developing An iOS App

In today’s world, there is a huge demand for iOS app development in the IT industry. As technology is changing with time it has become very important for the developers to know the features of iOS.

It is considered that iOS App Development is undoubtedly the future of the mobile application development industry. So, if you want to stand out of the competition and give a tough fight to your competitors then it has become very important to be aware of the latest innovation and techniques that are taking place in the iOS.

Also Read: Importance Of A Website For Small Businesses And Startups

Also, iOS has left an impression in the IT industry within a very short span of time and it is because of the fact that iOS has evolved with many features and functionalities.

There is no doubt that people who use the iPhone and iPad mostly prefer to spend money on in-app purchases, mobile games, and mobile commerce transactions. It is also said that within just a short span of time iOS Apps have become more profitable than Android Apps.

But do you know that the trends in iOS app development are changing rapidly? And if you want to keep your users engaged and generate revenue then it is not enough to only target the latest version of iOS. So, to keep you stand at the top you must have out-of-the-box features that will help you to achieve your goals.

Today I have come up with this article to discuss the top features that will be required while developing new iOS apps or updating the existing iOS apps. Give these features a try for an eye-catching iOS mobile app. The Native Platform is the cross-platform mobile app development framework that allows the developers to build iOS apps with a single and shared codebase. Not only this, but there are many developers who depend on this framework to write the code of the iOS apps in their preferred programming language.

You know that along with good news there comes the bad news. So, the good news is that you can build iOS apps with a single and shared codebase. On the other hand, the bad news is that most of the time the hybrid apps do not entirely utilize the capacities of the iOS platform.

Other than this, when iOS launches the latest version, most of the cross-platform mobile app development tools do not support the new features updated.

This is the obvious question everyone has. So, let me help you out with this….

2. Should Adjust to Different Screen Size

Augmented Reality (AR) and Virtual Reality (VR) are the future of technology. Both AR and VR have rolled up the sleeves to transform iOS app development. To help the developers to create AR apps for the iPad and iPhone, Apple is updating ARKit on a regular basis.

The ARKit 2 is provided to you so that you can build the new generation AR apps with the features. The features of ARKit 2 are- device motion tracking, camera screen capturing, and advanced scene processing.

You are not bounded to this, but you can also combine the ARKit features to make an out-of-the-box simulated environment app.

Also Read: Importance of Content Marketing for the Growth of Your Start-Up

The User-Experience (UX) means the looks and the feel of your app. The first thing that the user will see in your app is the UX. So, it is very important to focus on the UX of the app you are creating.

If the UX is great then the users will be attracted to it and the installs will increase while on the other hand, if the UX is bad, then the user will uninstall it without thinking twice.

Do you know that to help you build iOS apps faster and more responsive, Apple provides the Core Machine Learning (CoreML) Framework. Also, many of the developers use the framework to build highly responsive apps with richer UX.

When you are building an app, you can easily combine the CoreML with QuickType, Siri, and iPhone camera. This combination is best to defeat the Artificial Intelligence (AI) based apps and games. Not only this, the apps and the games will help you to boost the UX by accessing face detection and voice recognition services.

As I mentioned before that the iOS application development has been evolved rapidly over the years due to which many techniques and trends have hit the market. If we compare the way iPhone apps were built earlier to the iPhone apps built today then there is a world of difference.

Do you know which thing is common in the iPhone apps built earlier and today???

This is the best thing by which you can stand out from everyone else.

The answer is very simple!!!

You can develop an iPhone app that can run even if the user is offline. For this, you must provide the best UX also. If this happens then there is no full stop to your success.

Also Read: Blockchain and IoT Together Making Ways Towards the Digitized World

If you want to keep your users engaged then don’t miss to include the payment gateway.

Do you know the most common mistake made by the developers while developing an iOS app??

It is of not including Apple Pay. The developer includes a variety of payment options such as net banking, mobile wallets, credit cards, debit cards, and third-party payment solutions. But they miss Apple Pay.

A sudden increase in the number of transactions on Apple Pay is being seen. So, by this, we can clearly say that people use Apple pay in the iOS apps for bank transactions, online shopping, food ordering, table reservation, and a lot more things.

Keeping this in mind, Apple updates its digital wallet on a regular basis so that the users can enjoy fast, secure, and hassle-free transactions. So, undoubtedly, you must add Apple Pay in your iOS apps so that users can use it seamlessly. Used by most of the iOS App Development Company. This tip is undoubtedly like a bag of gold dust for the developer of an iOS App Development Company. The user-friendly feature is like a pinch of salt to make iOS apps successful. Keeping this in mind, you as a developer must create an iOS application that must be the most user-friendly in the business.

Do you know where you go wrong?

To stand out of the competition, you try to fit in a variety of features in the app which makes the app difficult to understand. So, it is very important to add the features which are required and this will convert into a user-friendly application.

Also Read: Top Features To Consider While Developing An Android App In 2020

Siri has become a part of the lives of iOS and watchOS users. The users use the AI-Powered assistant to command the devices which also helps them to interact with it. The user just has to give a command.

The International Technology Company Apple provided the Sirikit through which the developers can easily integrate Siri with its iOS apps. So to make your iOS app trendy, you can use Siri.

The developers of the iOS Development Company are fully aware of the fact that nowadays, Apple is bringing smartphones having higher pixel and resolution with the technology evolution. So, it becomes very important for you as a developer to use the vibrant color combination in your iOS applications.

Apart from this, to develop an iOS app in this era, you must always focus on enhanced graphics, higher pixels, and higher resolution. Do you know why?

This will help in the growth of your app and to become successful.

The reason is people get attracted to your app because of the higher pixel and resolution which will bring success.

To give the users more storage space on their smartphone, Cloud Integration plays a very important role. So for more storage, use a cloud-based file management app. This app stores all the data of the user in a single file.

The user can access their file anytime and anywhere with the help of the internet. To make the app easier for the users to use and manage their information, embed the clod storage solutions in your new iOS apps.

But, you must make sure whether the app allows the users to transfer their audios, videos, music, documents, and pictures in a single cloud-based folder or not.

In today’s era, the only word people consider is “SIMPLE”. They want everything simple and sorted. So the developers working in the iOS app Development Company must know this and work on this.

We have seen a lot of apps in the app store but only a few are successful. Do you know why?

The answer is simple. It is because developers add features that are not important making it complicated for the user to use. Not only this, but the task completion process is made difficult due to which the user doesn’t give it a second try.

So always remember to develop an app that contains easy task completion.

The biggest concern of the user is security. They always want their private life to be secured. So it becomes very important to add a security feature.

The mobile application developer must keep this in mind as users prefer a high level of security before downloading your app. So as a developer, do you want your iOS application to be attractive and eye-catchy?

If yes, then make sure that it is secure and does not affect the user’s privacy.

I hope that, after reading this article, all your doubts related to the iPhone app will be cleared. Not only this but it will also help you all to be aware of the features. By this, you can develop a great iPhone app that will undoubtedly help you in your present as well as future iOS app development projects.

So, If you are having any query or confusion about this then you can contact the best iOS App Development Company. Don’t hesitate to call our executive at +44-1256-274012 or drop your inquiry at sales@jploft.com or Free Quote at- https://www.jploft.com/contact-us.

Importance Of A Website For Small Businesses And Startups

Top Features To Consider While Developing An Android App In 2020 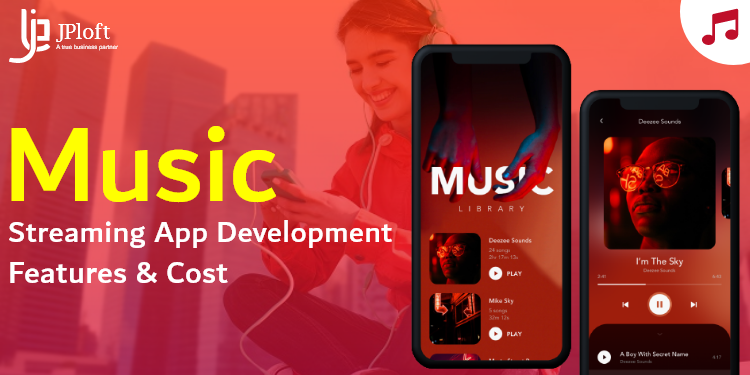 Read More
MMobile App Development
Music has become an important part of our life. It always helps us to stay calm and relaxed.…

Read More
MMobile App Development
The mobile app market is worth billions of dollars. As a result, it’s fair to believe that there’s… 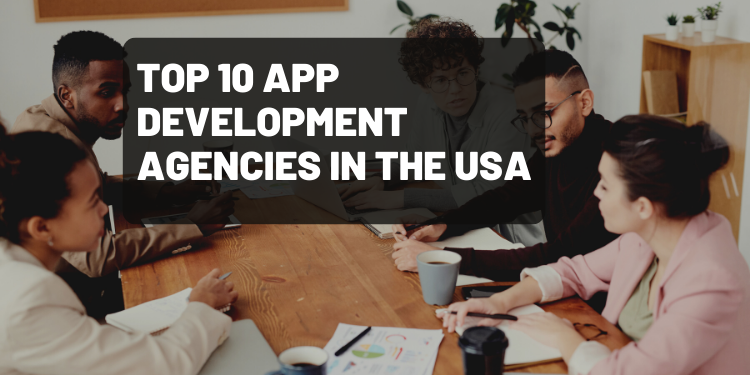 Read More
MMobile App Development
Mobile Phones have changed people’s way of living. Large-scale digitalization and easy availability of the internet have made… 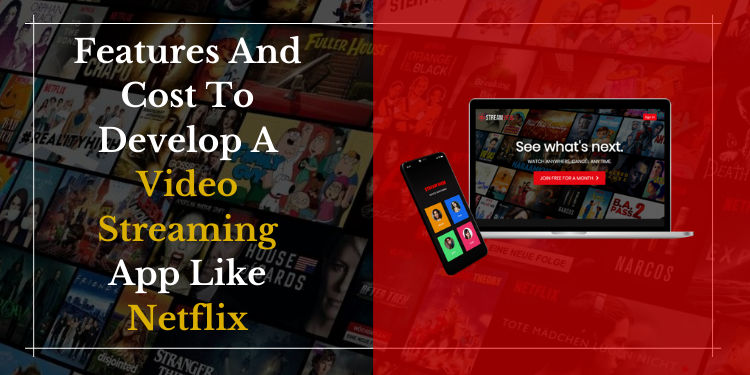 Read More
MMobile App Development
The pandemic crisis has left us no option other than locking ourselves in our house. This increased the…

Read More
MMobile App Development
Electric scooters are one of the affordable ways to commute. They are very easy to control in the… 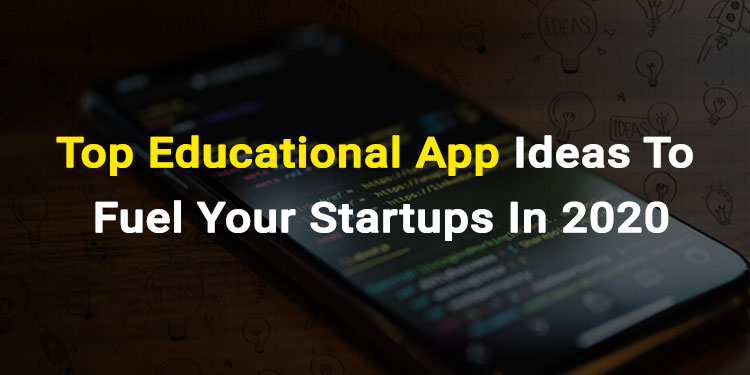